3 METHODS HOW TO BLOCK FEAR OF WIPING OUT 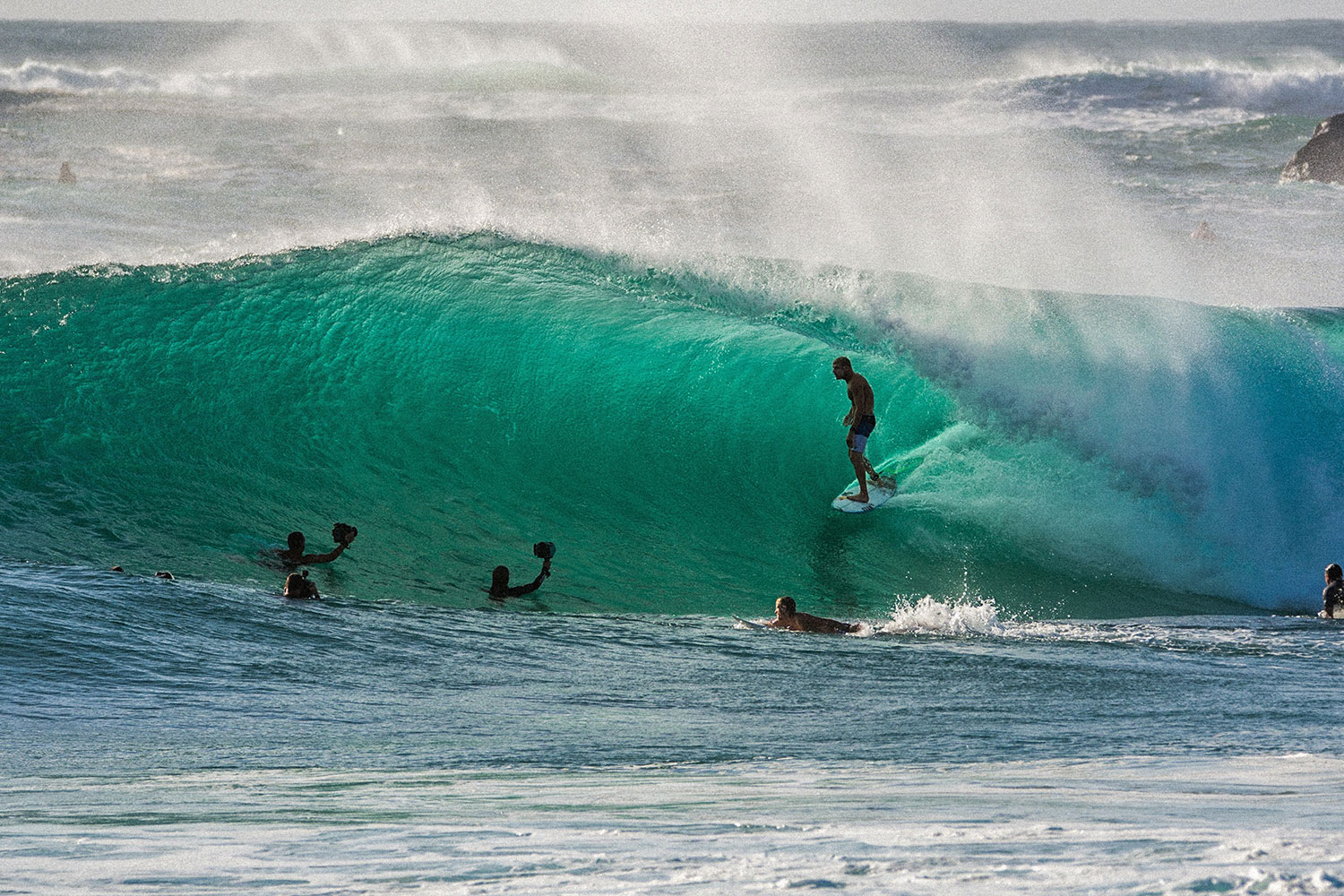 Is the fear of falling and getting injured holding you back from becoming the best you can be?Is the fear of making mistakes, messing up and failing preventing you from consistently performing at your full potential? Especially when you are training in front of people or performing in contests? What if you knew the exact steps how to overcome fear, get rid of nervousness and anxiety and gain full confidence in your abilities?Would you like to get access to your full potential, learn faster and win more?

THE PURPOSE OF FEAR

Fear is your internal fail safe system.It’s a sort of automatic self protection mechanism safeguarding you from getting injured and from the ultimate game over. So you definitely don’t want to take fear lightly. It is often the only thing standing between you and drowning. One of the most common progression barriers in surfing that hold you back from improving and consistently surfing at your best is the fear of big waves and drowning.

Any surfer pushing themselves to the next level has to deal with fear. It is always there when you are at the edge of your abilities. Fear comes up to make sure you check yourself so you don’t wreck yourself. It is an integral part of progression and even the pro’s are afraid. 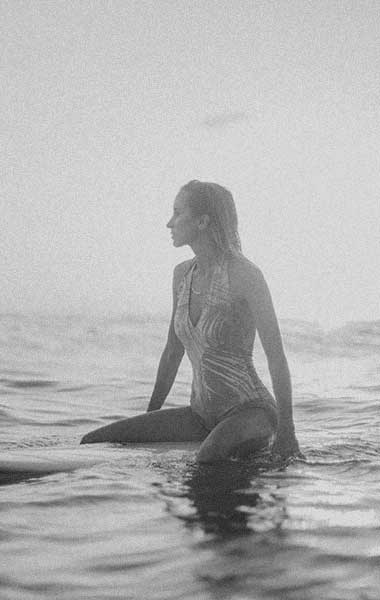 WHAT FEAR REALLY IS

Fear is an emotion that’s triggered by a potential danger to you. It’s a specific chemical combination that surges into your brain and takes over the rational control of your body. Fear is a mental progression block you need to learn how to overcome to keep progressing.

‍Fear causes:
-Nervousness, anxiety and panic
-Underperforming
-Second guessing, self doubt and overthinking
-Freezing & getting paralyzed
-Crucial mistakes that can lead to serious injuries like hitting your head and getting a concussion

Luckily there are mental techniques you can use to overcome these mental blocks that slow down or prevent you from improving and progressing to the next level. A surf coach can speed up your progression by giving you the right recipe how to do specific trick, move or maneuver. Same goes to your headspace. You use “mental tricks” to overcome mental obstacles. Makes sense, right?

‍*Tip: Knowing what’s holding you back is key to progress. If you don’t know what’s holding you back then it’s hard to figure out what to do about it. You can ask yourself “What’s my biggest fear or mental obstacle holding me back from learning new tricks, moves and maneuvers and consistently performing at my best?”. Then learn a technique to solve that problem. 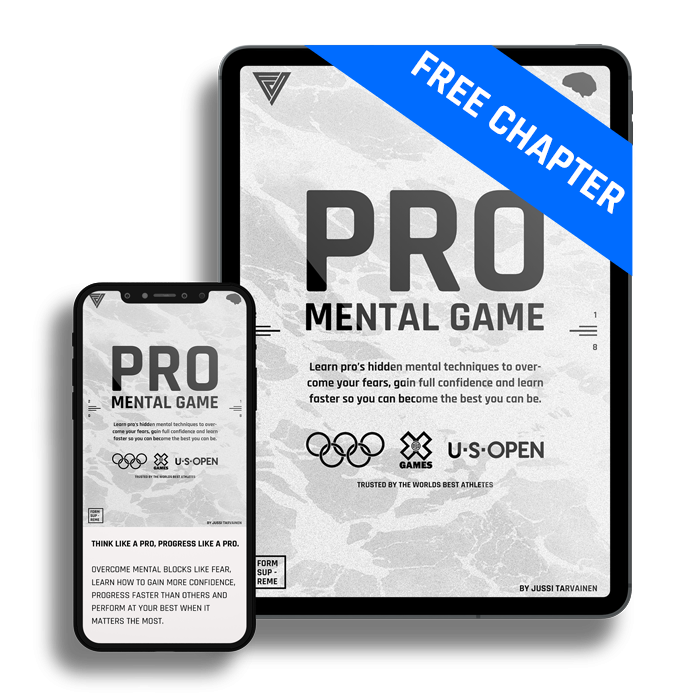 Want to gain full confidence, improve faster and win more comps? Learn how to master your mind and overcome mental blocks like fear that's holding you back from becoming the best you can be.

FEAR IS NOT REAL

What’s important for you to understand is that fear is not real. Yet it can feel very real. Fear is only in your imagination. Fear is your future projection of a possible scenario that could happen. It’s when you start to imagine all those possibilities “What if I mess it up, get wiped out, hit my head and drown?” 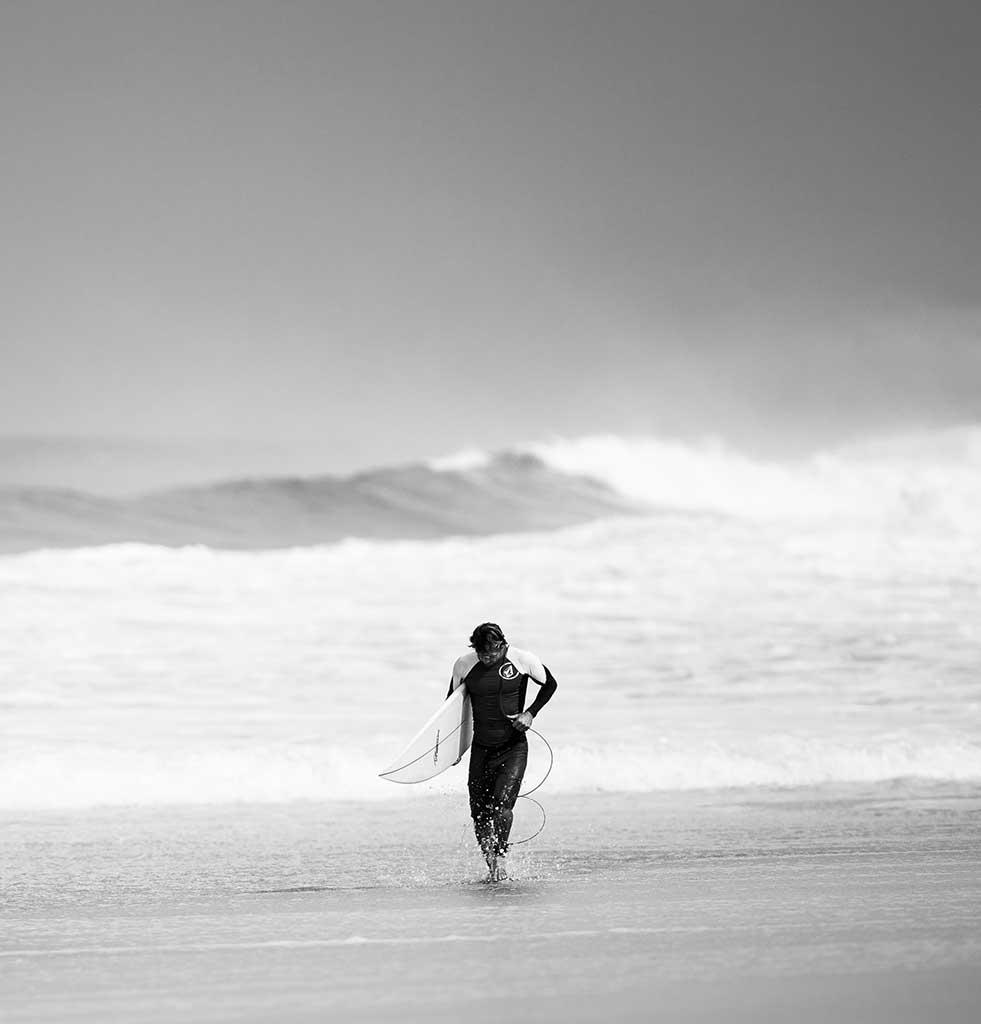 ‍Danger on the other hand is very real. Danger in in your sport means doing something that’s way beyond your current skill level where you have high risk of getting seriously hurt. The things that are dangerous to you may be a walk in a park for a pro. Why? Because they have the technical skills, ability, confidence and way to successfully bail out if things don’t go as planned. Pro’s don’t take big risks nor go for romantisized heroics. They are extremely good at what I call Risk Reversal, at minimizing risks. Pro’s need to consistently keep improving to stay ahead of the others without pushing too far beyond their edge of abilities. That’s where risks grow exponentially and injuries happen.
‍

WHEN TO LISTEN TO YOUR FEAR AND WHEN NOT TO

‍In order for you to keep improving and consistently perform at your best you need to understand when you should listen to fear and when to disregard it. Most athletes think fear as the red stop light of traffic lights but there’s more to it.Fear in psychology is often referred as the “Fight, flight (,freeze) ” response. It’s an internal survival mechanism that protects you from getting injured or killed.

‍1. Freeze = Yellow light
‍Stay still to avoid getting noticed by the source of your fear so you don’t end up as the main course for the wild beast. You’ve probably experienced choking up and getting paralyzed, unable to make yourself do a trick, move or a maneuver. At this stage you got an important choice to make. To back down or to push through your fear?
‍
‍2. Flight = Red Light
‍Run away like hell and hope the thing that scared you doesn’t catch you. Always be aware of your skill level when you are surfing at the edge of your abilities. If the trick, move, maneuver or stunt you are attempting is way beyond your skill level, proudly turn it down. You just probably saved your life or avoided getting injured. Come back when your skills are up to par.

‍3. Fight = Green light
‍Fight the cause of fear and hopefully survive another day. This means facing your fear and committing to execute the trick or stunt that tried to scare you away. Make sure though that you are wrestling in the same weight class with your opponent or you’re setting yourself up for hospital.
‍

3 METHODS TO OVERCOME FEAR OF FALLING AND GETTING INJURED

‍II was fortunate enough to learn and develop these MG180X techniques in the past 15 years during my career as a pro snowboarder and as a mental game coach for US Open Champions, Olympic Medalists and X-Games winners. Whether you surf, snowboard, freerun or do any other sport these techniques have been tried and tested to work but only when you use them consistently.

1. MG180X: Risk Reversal
‍Contrary to common belief pro’s don’t take big leaps of faith and try to learn how to fly on the way down. Instead they take take minuscule progression steps consistently. They don’t try to improve 50% in one day. Just 1%.The compound effect of tiny daily improvement over time is staggering.

Don’t try to surf waves that are way out of your league. Instead slowly but consistently make your way to bigger waves. If you skip steps fear comes up, slaps you in the face and paralyses you.

When you take small progression steps, you don’t give the fear a chance to freeze you. Also you gradually and organically build your confidence. You are building evidence for your case. You’re getting the proof you need to show yourself that you can succeed. When ever you feel fear, ask yourself: “Have I done something similar to this before? Is this what I am capable of doing or should I go back a progression step?”

‍2. MG180X: PlanB
‍Always have a Plan B.Accidents happen. If things don’t go as planned, how are you going to safely bail out? “Plan for the best, prepare for the worst. ”What’s your “fire exit” strategy? If you make a crucial mistake mid air how will you bail out safely?

‍3. MG180X: Reversed-Focus
‍There is a saying “Where attention goes, energy grows and results show.”If you get nervous before doing your trick, second guess yourself or overthink it’s caused by your focus pointing to the wrong direction.“WHAT IF I wipeout, hit my head and get a concussion, or blow my knee?” is fuel for the fears fire.

Your imagination gives the instructions that your body blatantly executes. If you focus on all the ways you might fail, you are giving that as a command for your body to follow. Instead what you need to do is reverse your focus.

Prime your body to succeed by imagining all the ways HOW you will successfully pull off that heavy barrel or big wave. Fill your mind with the perfect performance so there is no room in your your thoughts for of failure.
‍
As always, put what you've learned here into practice and experiment with these techniques. That's the only way to get results.

You're late to the party. Check this out -- Mental Advantage is my email list reserved exclusively for progressive surfers, snowboarders, skiers, wake boarders and alike committed athletes looking to improve 3x faster.

level up your mental game 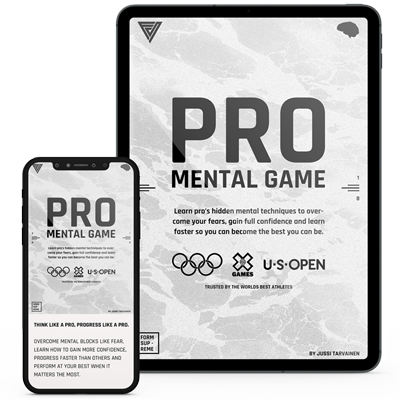 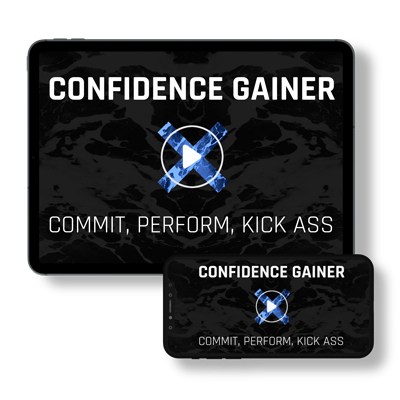 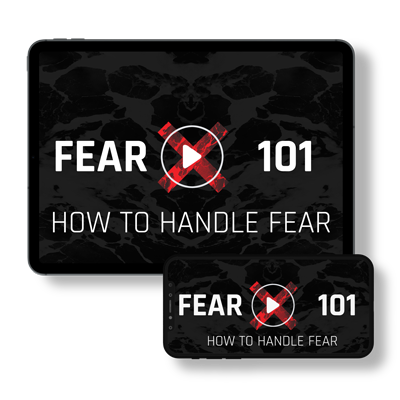 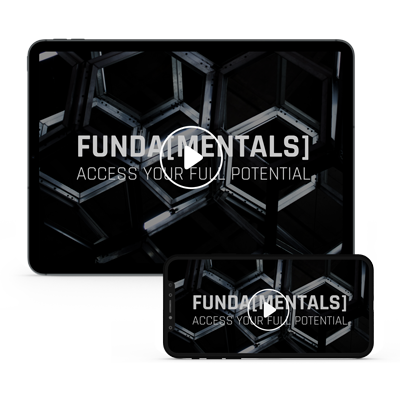